Gambians are the second most frequent migrants to arrive by sea in Italy, behind Nigerians, according to the International Organisation for Migration. In common with development in other parts of Africa, there has been a focus on women, and men are felt to have been ‘left behind’.  As a consequence there is now a pan African problem of unemployment amongst young men. Many of these men leave The Gambia because their families are struggling and unemployment is up to 80% of male youths (18 – 35 year olds).  Gunjur is the fourth largest settlement in The Gambia but in 2014 it had only recently received electricity and potable water to standpipes in the village.  In Gunjur, population 25,000, it is estimated that only 10% of young men are in employment five years after leaving school. There is some evidence of increasing crime and drug taking in this traditional Muslim community, which is causing considerable concern amongst the elders. The ambition of most young people in Gambia is to leave the country as soon as possible because they think they will be able to get work in Europe and be able to send money home to support the rest of the family.  Many men (and women) lose their lives either at sea or crossing the Sahara in their attempts to reach Europe.  Those that arrive are reluctant to share news of their desperate circumstances for fear of being seen as failures, especially by their families, who often make large financial sacrifices to get them there. Social media is more commonly used to suggest they are living the high life.

The Marlborough Brandt Group (MBG) (was formed in 1981 in response to the publication in 1980 of the Brandt Report, “North South – A Programme for Survival” which looked for the first time at the underlying reasons for increasing wealth in Europe and America (the North) and yet increasing poverty in the South (Africa, Asia, Caribbean, Latin America). The report spoke inter alia of “interdependence”, “the importance of new partnerships” and “not leaving international development to politicians”.

In 1981 a group of concerned citizens in Marlborough, Wiltshire set up MBG www.mbg.org to bring the issues of poverty and its causes to a wide public and to engage with politicians to ensure that they understood that some of their constituents were concerned about international development. To bring authority to MBG’s messages, a partnership between Marlborough and the Muslim community of Gunjur in The Gambia, West Africa was formed in 1982.

The relationship between Marlborough and Gunjur has been based on three pillars.

In the 32 years in which MBG has been engaged with Gunjur, there has been no access to electricity or piped water. All power has come from individual diesel generators or solar panels, only available to the wealthier members of the community, and water has come from open wells. Recently both piped water and electricity have arrived in Gunjur paid for by the Islamic Development Bank. This potentially opens up huge opportunities for young business entrepreneurs.

Nick Maurice, the Director of MBG was invited to chair a meeting of various agencies and grassroots interest groups operating in Gunjur. The outcome of that meeting was the setting up of a Task Force led by a local, exceptionally successful business entrepreneur: Its remit: “ to develop by the end of February 2014 a business strategy in consultation with the young unemployed which will outline the potential solutions to the problem of unemployment”. This MBG funded process is nearing completion. Early indications are that providing grants and loans to potential entrepreneurs on the production of business plans will be central to the strategy.

The Wiltshire Global Education Centre (WGEC) has access to and/ or works with 28 secondary schools in Wiltshire, many of which have links to schools in The Gambia, not least resulting from WGEC’s programme of taking teachers on study visits to Gunjur.

A competition will be run in Wiltshire based schools to develop a business idea and plan suitable for local implementation in Gunjur.  Year 12 students will be invited in groups of five to express an interest in entering the competition. MBG anticipate that six schools will apply – if more, they may have to undertake a screening process.

Over a period of two weeks, half day workshops will take place in each of the schools for staff and those students who have expressed interest in entering the competition during which

The students will also be given

They will be given the competition deadline which will be approximately two months from the date of the final workshop.

At the judging which will be undertaken by a panel including WGEC, MBG , Arkleton Trustee and a member of the Gambian community in Bristol, they will be asked to give a half hour presentation of their proposal and at the end a winner will be chosen against a set of clearly defined and agreed criteria.

That team will subsequently be provided with the tickets to travel to The Gambia for a period of two weeks where they will stay with families in Gunjur and all expenses will be covered.

Those teams that are unsuccessful will clearly have learnt from the research and experience of working on the business proposal. It is likely that these schools will already have links to schools in The Gambia. MBG will explore opportunities for the unsuccessful teams to use their proposals by sharing them with students in their partner schools in The Gambia. If they do not have a partner school, WGEC will put them in touch with a potential partner.

Meanwhile the competition will be promoted widely through the Gunjur community via Janneh Koto FM, the local radio station, BANTABA meetings under a tree in the centre of the community, through leaflets and word of mouth.

In groups of 5, young people under the age of 25 will be invited to submit entrepreneurial, innovative business proposals which they consider will make a difference to the community in terms of employment and the promotion of prosperity.

They will be given access to business people in the community to give them support and advice as they develop their proposals.

Two months after the advertising of the competition each group will have submitted a written proposal and will be invited to give a presentation in front of TARUD Director, an Arkleton Trustee, a member of MBG/WGEC, a senior woman member of the community and a member of the Gunjur Community Link committee.

Two groups will be selected as presenting the best proposals. The winner will then be given a grant / loan to start up the business.

The runner up group will work with the winning group from Wiltshire to develop a business proposal.

Collaboration between the Groups from Wiltshire and Gunjur.

The winning group from Wiltshire will travel to The Gambia armed with their proposal. They will meet with the runner up group in Gunjur and the two proposals will be discussed in depth in the presence of local business leaders. From these discussions, which will take place over a period of two weeks, a combined business proposal will emerge which will be presented to the community of Gunjur at a traditional BANTABA meeting and funded.

This combined/negotiated proposal will then be taken forward by the Gunjur group. On their return to Wiltshire, the UK group will remain in close contact with the Gunjur group and through social media and other forms of communication will continue to support the development of the business. It is hoped that at least some members of the Wiltshire Group will return to The Gambia after one year at their own expense to observe the progress of the business. 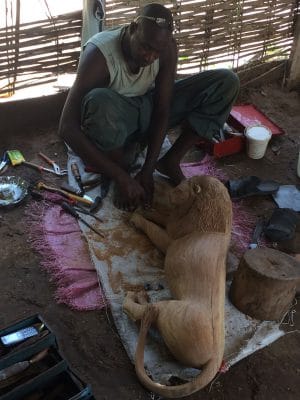 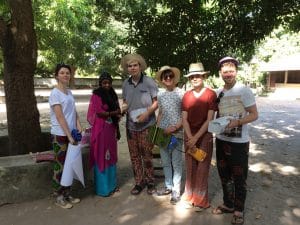 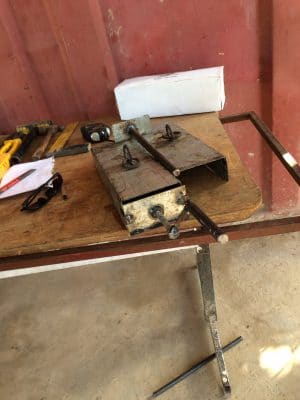 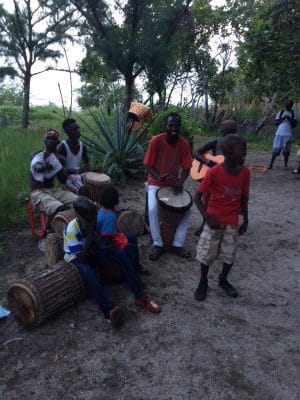 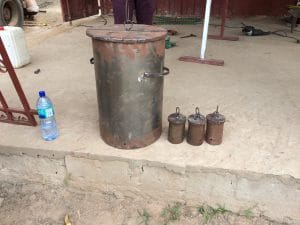 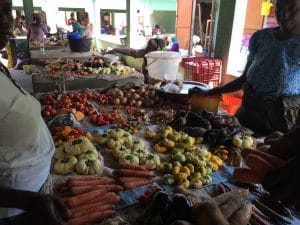 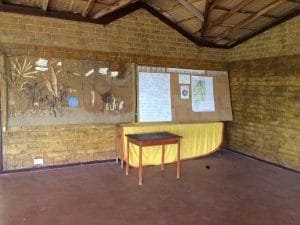 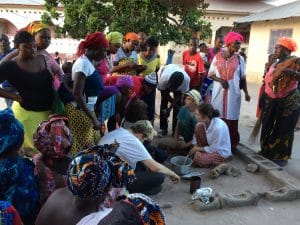 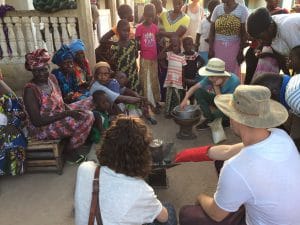 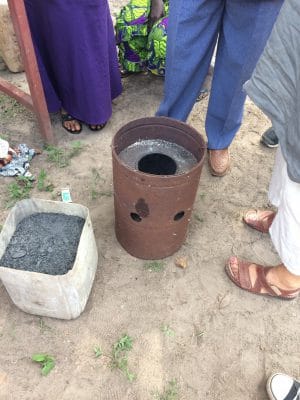 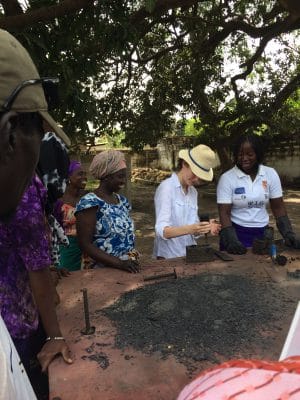 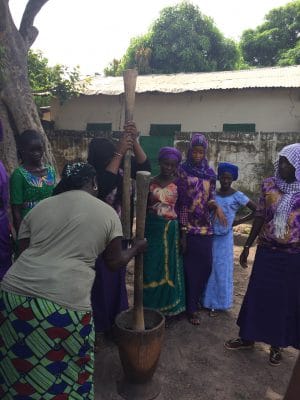 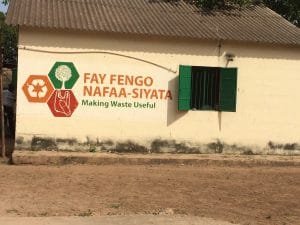 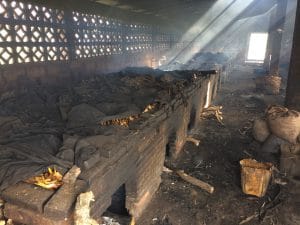 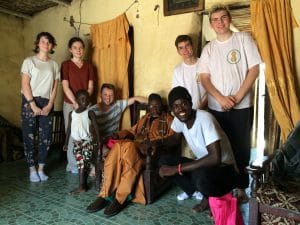