The Arkleton Trust has a long history of supporting national and international approaches to rural development policy and practice and encouraging the sharing of experience and knowledge gained, with particular emphasis on assisting and promoting rural development in the poorer and developing countries around the world.  It has done this through a range of mechanisms, including publications, seminars, study tours and fellowships.

Over the years, it has found that one of the most effective ways of transferring knowledge and expertise has been through study tours and exchanges between countries by groups and individuals.  These often involve or are facilitated by governments, NGOs, universities and other establishments, but may also include less formal arrangements.

Sir John Higgs had a distinguished and varied career. His father was an industrialist, part-time farmer and Member of Parliament, but Sir John followed in the footsteps of his uncle, Clyde Higgs, a successful modernising farmer of the 1930s and 40s. Sir John read agriculture at Cambridge and then lectured in agriculture at Reading University between 1948 and 1957.

While at Reading, he founded the Museum of English Rural Life. He moved to Oxford as a lecturer in agricultural history which led to him becoming a Fellow and Bursar of Exeter College. His work resulted in his election as President of the British Agricultural History Society and as a Fellow of the Society of Antiquaries.

Through his interest in theatre, he was also Curator of the Oxford Playhouse. Rather than staying in Oxford to become a head of college, Sir John chose an international path and began a new career in the promotion of rural development in the Third World. He had already worked for the Food and Agriculture Organisation as a consultant when he joined the Organisation fulltime in Rome in charge of agricultural education and training where he stayed for 5 years. His intention was to continue working for FAO but as a consultant, giving him time to write and spend more time on his two farms.

It was during this time that he set up the Arkleton Trust with the help of his brother David and his close friend David Moore. This was looking like a good culmination to his career, but he was then appointed to The Prince’s Council in 1979 and, in 1981, became Secretary and Keeper of the Records of the Duchy of Cornwall. This latter post drew on his vast knowledge and experience as a manager and administrator, as a landowner and farmer, and as an academic and practitioner in agriculture and rural development. He was knighted in 1986 shortly before his death at the age of 62. 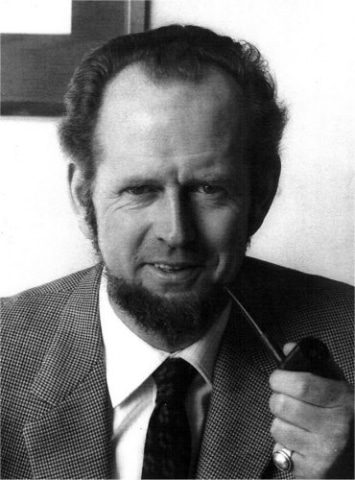 David Moore was the first Programme Director (1977-1980) of the Trust, having participated actively, over a period of several years, in its conception and taken a leave of absence from the Food and Agriculture Organisation to assist in launching it.

He was also the first Secretary to the Trustees, a position he held until his death, at the age of 41, in 1983.

In FAO from 1970 to 1978, he held various positions in the Freedom from Hunger Campaign; on his return in 1980 he was appointed as the first head of the secretariat for World Food Day. Earlier in his career he had been Deputy Education Officer with Oxfam and Joint Secretary of the UK United Nations Association, International Service. 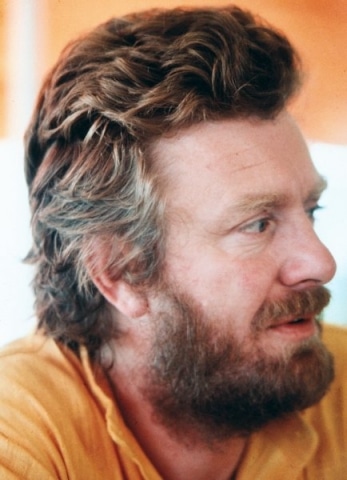 Keith Abercrombie was a Trustee from 1980 until 1990, when he became Honorary President, a position he held until his death in 1995. In addition to serving as Trustee, he participated actively in Arkleton programme activities, chairing seminars and producing several reports and papers. Between 1952 and 1980 he had a distinguished career in the Food and Agriculture Organization of the United Nations, including as Director of the FAO/ECLA Joint Agriculture Division in Santiago Chile, and finally as Deputy Director of the Policy Analysis Division in Rome. Subsequently he acted as a consultant to FAO as well as to Shell and BP.

John Bryden took over as programme director following the death of David Moore and retained this position until he retired in 2005.

John founded the Arkleton Trust (Research) Ltd and the Arkleton Trust (Rurtel) Ltd as non-profit subsidiaries of the Trust in the mid-1980s, the former to undertake international comparative research, and the latter to create a computer conferencing and email system to support that activity as well as the communications needs of other rural organisations.

In 1995, John took up the Chair of Human Geography at the University of Aberdeen and the Trust agreed that the research activities should move to Aberdeen and merge with those of Mark Shucksmith to create the Arkleton Institute for Rural Development Research, which John and Mark co-Directed between 1995 and 2004.

Following retirement from Aberdeen in 2004, John spent four years directing the UHI PolicyWeb in Inverness. He moved to Norway in 2008 and is currently Research Professor at the Norwegian Agricultural Economics Research Institute in Oslo. John has been a visiting scholar at the Universities of Guelph, Cornell and Missouri-Columbia, and at the Centre for Development Studies in Kerala, India. He has served on International Advisory Committees for the Polson Institute for Global Studies at Cornell, the OAC at the University of Guelph and the Foundation for Polish Agriculture.

He has been a consultant for the European Commission, the OECD, the World Bank. He was external assessor on the Scottish Land Reform Policy Group from 1997 to 1999, helping to formulate the proposals that eventually became law after the election of the Scottish Parliament in 1999. He was also external advisor to the Ministerial committee on Rural Policy in Scotland during the same period. He was Secretary of the Cross-Party Group on Rural Policy in the Scottish Parliament from 2005-8. John is currently an expert on the OECD action research project on ‘Renewable Energy as a Rural Development Policy’. John has coordinated six EU-funded trans-national research projects on rural development issues. He was a founder of the International Comparative Rural Policy Studies Consortium which holds an advanced summer institute in different parts of the world each year. He has been a keynote speaker or panellist at the major EU rural policy conferences including Inverness (1991), Cork (1996), and Salzburg (2003), as well as many OECD territorial rural policy conferences, and other conferences in Europe, Canada, USA, South America, India, Japan and Australia.

John has published on the economic and social impacts of tourism, agrarian change, farm household pluriactivity and livelihood strategies, ICT in rural regions, rural-urban equivalence, rural policy, multifunctionality and territorial development, local economic development, sustainable community development, and rural education and training. His latest book, published by Routledge New York in January 2011, is on Towards Sustainable Development in Rural Europe: Using System Dynamics to Explore the Relations between Farming, Environment, Regional Economies, and Quality of Life and is written and edited with colleagues from 11 countries. . 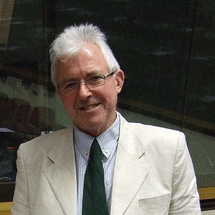 Elizabeth Higgs became a Trustee of The Trust following her husband’s death in 1986, taking over the Chairmanship after the AGM in 1986. She was a trustee until 2011 but continued as the President of the Trust

Elizabeth Higgs had as her principal interests all aspects of rural life and was very actively involved in many organisations.  She was President of Oxfordshire Rural Community Council, prior to that she had been chairman.  She was a district councillor, a lay chairman of the Oxford Diocesan Synod and on the Bishop’s Council – Parsonages Board and the Chairman of the Glebe Committee. Other committees she was a member of included the Rural Stress Information Network Committee, the village low cost housing scheme, the Young Farmer’s Club advisory committee.  She was a Governor at the local comprehensive school and is Master of basset hounds.  In 2005 Lady Higgs was awarded the Diocesan order of St. Frideswide.

In recognition of the many years of dedicated support for Oxfordshire Rural Community Council as a Trustee and President, and for her extensive support and advocacy on behalf of rural commmunities, Elizabeth Higgs was awarded the title of President Emerita.

Elizabeth Higgs passed away in 2013. 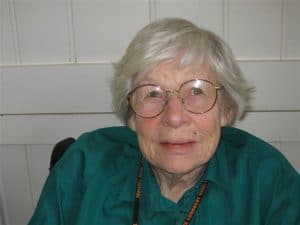